Center for the Transformation of Schools > CTS News

10/16/2020
Press Release: New Research from UCLA Center for the Transformation of Schools Details Crisis of Student Homelessness in California
Read the press release >

10/21/2020
Los Angeles Times: California’s homeless students could fill Dodger Stadium 5 times, study finds
There were at least 269,000 K-12 students in California experiencing homelessness at the end of the 2018-19 school year — enough children and teens to fill Dodger Stadium five times over — and that number was likely a gross underestimate, a UCLA report said. In the face of pandemic-related job losses and economic instability, researchers believe that the number of homeless students in California is likely to surge, according to the study from UCLA’s Center for the Transformation of Schools. Read more >

Beyond the Schoolhouse Coverage

10/9/2019
KPCC Take Two – Interview with Pedro Noguera
A UCLA report on black youth in LA County explores a range of challenges many K through 12 students face that negatively affect outcomes in school and beyond. Among them: environmental contamination – asthma rates for black children in LA County are almost three times higher than for white children. Food insecurity and homelessness can factor in too. The report makes several policy suggestions to tackle the problems. Take Two talks about it with Pedro Noguera, co-author of the report and a professor at UCLA’s Graduate School of Education and Information Studies. Listen >

10/10/2019
Education Dive – Study: Black students face ‘accumulation of disadvantage’
“While this study is focused on the Los Angeles area, national studies have also confirmed poverty significantly contributes to the U.S. achievement gap. The UCLA study suggests that the “accumulation of disadvantage” that black students face in particular must be addressed in and outside of school in order to improve educational and developmental outcomes.” Read more >

10/9/2019
UCLA Ampersand – UCLA Study: Black Youth in LA County Face an “Accumulation of Disadvantage”
“Black youth in Los Angeles County face an accumulation of disadvantage, undermining their academic, social and economic success and placing them at greater risk of structural disenfranchisement — not in school, not working and ensnared in the criminal justice system, according to a new study Beyond the Schoolhouse: Overcoming Challenges & Expanding Opportunity for Black Youth in Los Angeles County, released today by researchers at the UCLA Graduate School of Education and Information Studies.” Read more >

10/12/2019
EdSource – Tackling lagging math scores; combating adversity for African American students
“Providing insights into the lagging education performance of many African American students, a new UCLA report titled Beyond the Schoolhouse also came out this week. We interview Tyrone Howard, a professor of education at UCLA who co-authored the report. It paints a compelling picture of the many adverse factors in and outside of school affecting the 109,000 African American students in Los Angeles County, and urges a comprehensive approach to overcome the obstacles.” Listen >

What Are We Afraid Of? Why Silencing Asian Americans Is No Longer Tolerated

by Peter T. Keo
October 31, 2018 – Teachers College Record
This commentary argues that there is a lack of nuance on both sides of the Asian-American affirmative action debate. The author presents two nuances to stimulate further discussion aimed at dismantling a larger project of structural racism in which Asian Americans have been silenced and invisible. 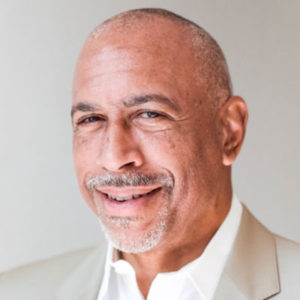 Podcast: The Bright Side of Masculinity: How Gender Roles are Changing in 2018

Take a listen to our CTS Director Dr. Pedro Noguera discuss with Dr. Michael Kimmel, founder of the Center for the Study of Men and Masculinities at Stony Brook University, what it means to be a man in 2018 and how gender roles are changing among younger generations.

Blogpost: DACA And The American Dream 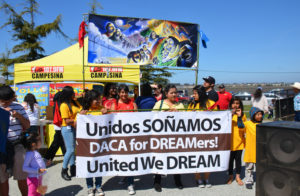 By Pedro Noguera
09/09/2017 – Huffington Post
I met Miguel in 2006. I was visiting his school in the South Bronx and was very impressed by what it was accomplishing. Like Miguel, most of the students at this school were labeled Students with Interrupted Formal Education (SIFE), and many were undocumented. At most schools, students like these drop out in droves, but at this school over 90 percent graduate (in four or five years) having passed six or more Regents exams. This includes the English exam, which is a truly remarkable feat since many of these kids were not literate in their native language when they arrived. 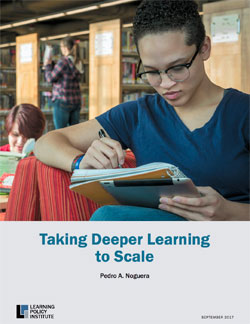 By Pedro Noguera
September 2017 – Learning Policy Institute
For some time now, it has been evident that the policies pursued by the United States to elevate the academic performance of students, particularly those who are most economically disadvantaged, have not produced the results that were promised or hoped for. Lack of progress and growing opposition to high-stakes testing have led a growing number of educators and policy advocates to conclude that education policies and the strategies used to help underperforming schools and to promote student achievement must change. Some have called for a more deliberate focus on creating conditions that promote highly effective teaching and that support more deeply engaged learning.